Improving the Health of Your Clinical Practice
Categories
Tags
Apr
21

Is the Introductory Course in Hyperbaric Medicine right for me? 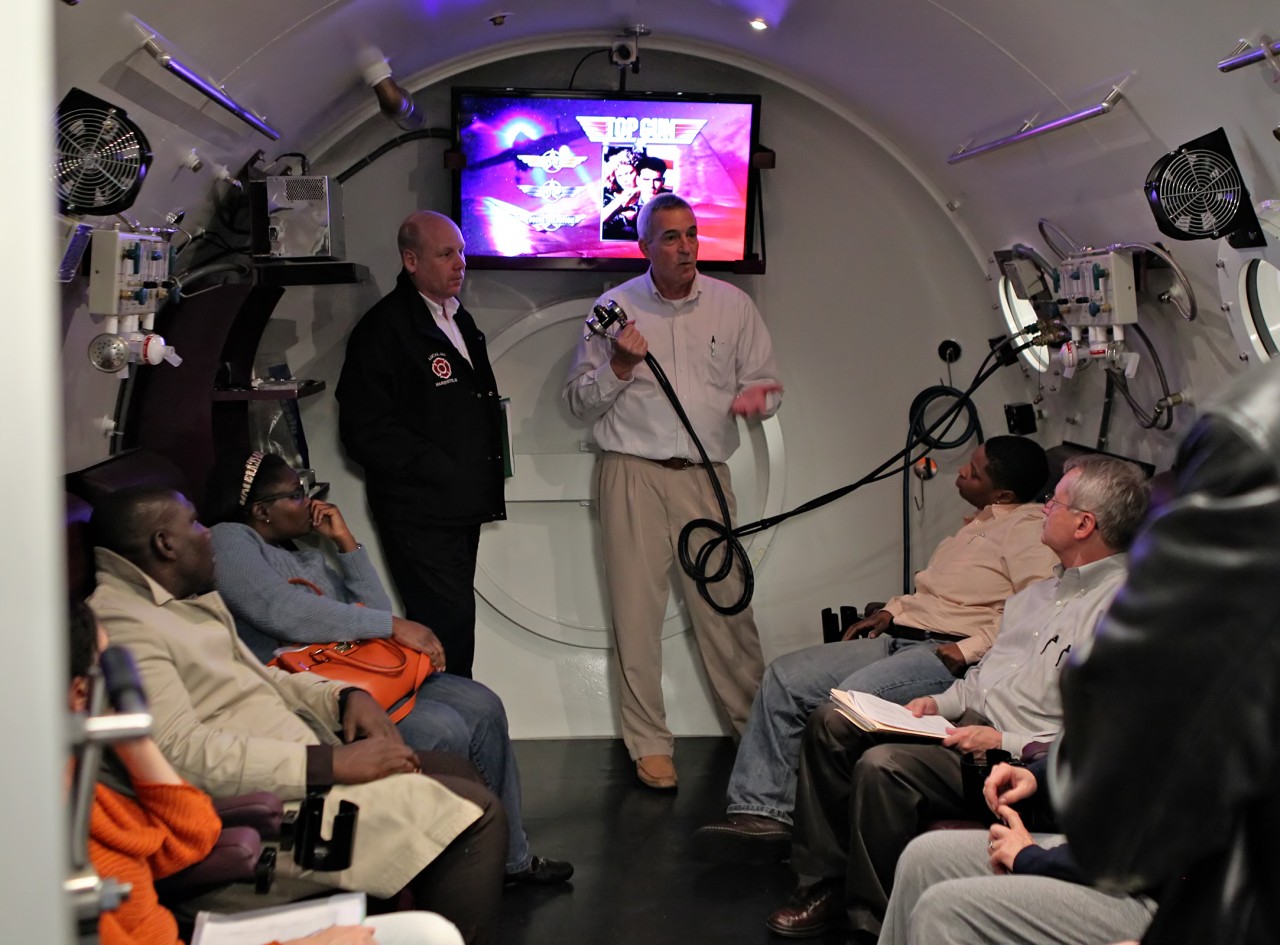 Below you'll find some of the questions we get asked about the Introductory Course in Hyperbaric Medicine (ICHM) - along with our honest answers. We'll tell you everything about the program and what it takes so you can make the best enrollment decision for you.

Question: Why is a hyperbaric facility maintenance program necessary? 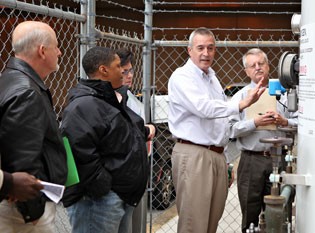 The development of a comprehensive maintenance program for a hyperbaric system and its supporting equipment is essential for a safe and cost-effective operation. The chamber and its operational systems, the chamber room, and the equipment used in and around the chamber should be maintained at the highest operational level. This should also include the cleanliness of all elements of the interior and exterior systems.

Question: (Dive Medicine) Can you explain the transfer of gases into and out of a scuba diver's body? 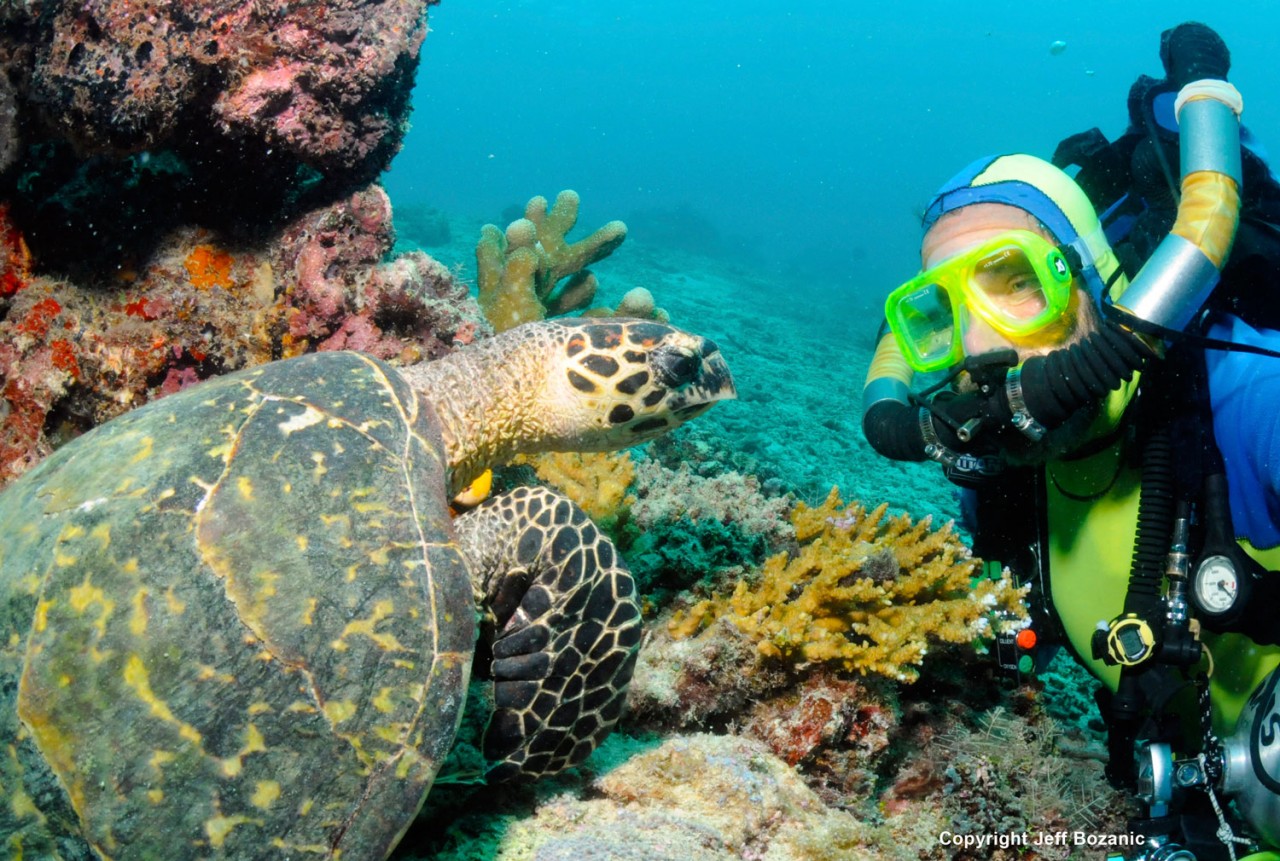 Henry's law can be used to examine the transfer of gases into and out of a scuba diver's body.

Question: "I would be interested in the current perspective regarding supervision of hyperbaric dives by Nurse Practitioners.

Question. Is myocardial irritability a complication frequently experienced by patients with clostridial myonecrosis?

Cardiac arrest is a rarity in the chamber, as most arrhythmias seem to improve under hyperbaric conditions. Anecdotally, it can be noted that one patient with a myocardial infarction, who was being treated with hyperbaric oxygen as part of a research study, suffered 30 cardiac arrests during the 48 hours he was being treated with the chamber. The schedule being followed called for two hours at pressure in the chamber followed by one hour on the surface. This cycle was repeated for two days. It can be seen that the patient spent only 1/3 of his time breathing air on the surface. During the study, the patient suffered 28 cardiac arrests while breathing air on the surface, but only two arrests while at pressure in the chamber. The patient eventually recovered and returned to work. (Thurston, J. Westminster Hosp, London, Personal Communication, 1973.) 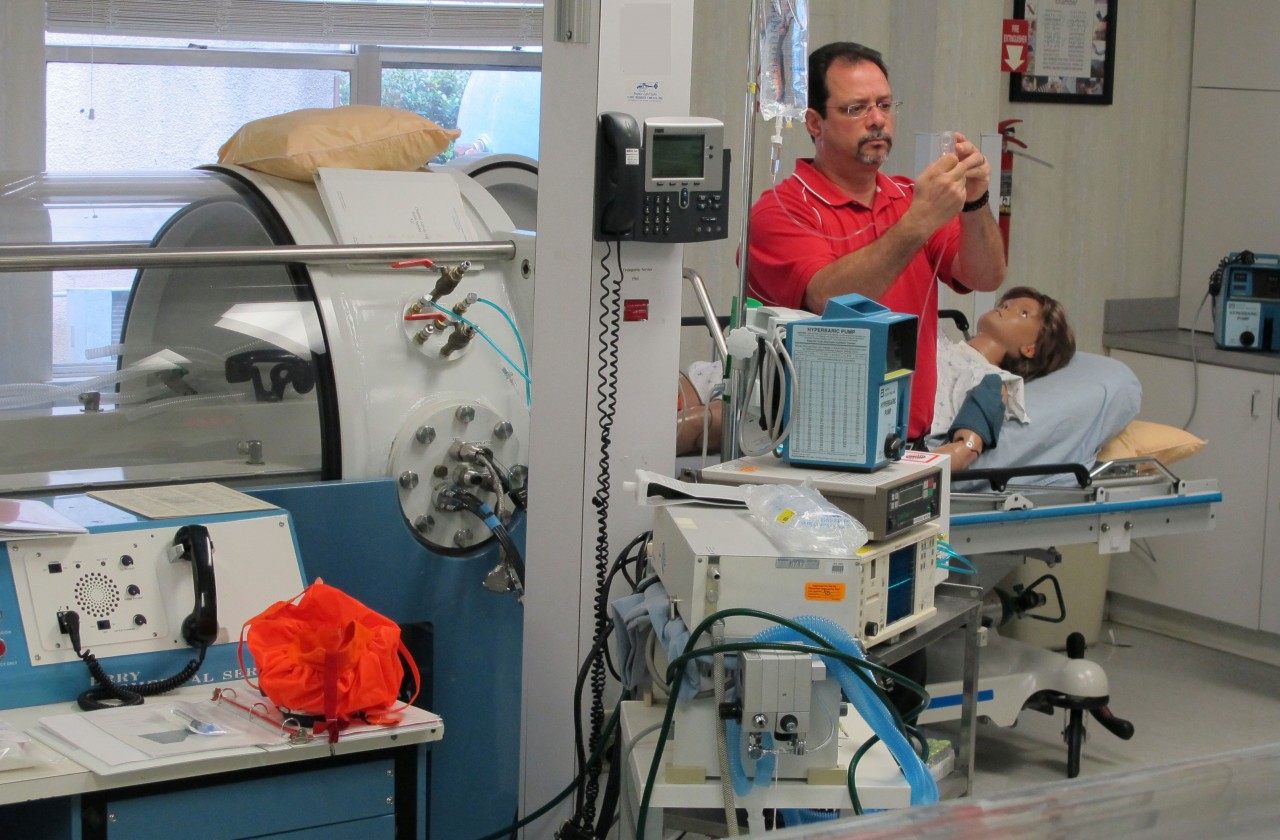 The cardiovascular assessment of a critical care patient receiving hyperbaric oxygen therapy is similar to any cardiovascular assessment of a critical care patient. Cardiac rhythm should be assessed and monitored during the treatment. If the patient would experience a cardiac emergency during HBO treatment, the staff should be trained to handle such an emergency. It is important to remember that a patient at depth is well oxygenated and will remain so for 5 to 8 minutes. The safest way to bring a patient that has had a cardiac arrest to the surface is to bring them up at 5 psig (fastest rate on a monoplace chamber), while the staff prepares to deliver emergency care. Performing a rapid ascent using the emergency ascent button on monoplace chambers places the person at grave risk for air embolism due to expansion injuries. Once the patient has surfaced, move them to the point farthest away from the open chamber, remove the hyperoxygenated clothing, and if appropriate, defibrillate. Cold oxygen will fall to the floor and dissipate in 30 seconds, so do not place the area at an increased fire risk with the use of a defibrillator. The staff needs to be able to respond quickly and appropriately to such an emergency, so it is our recommendation that the staff be Advanced Cardiac Life Support (ACLS) certified. 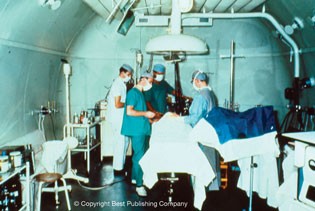