Part 1: Evaluation and Management of the Diabetic Foot Ulcer 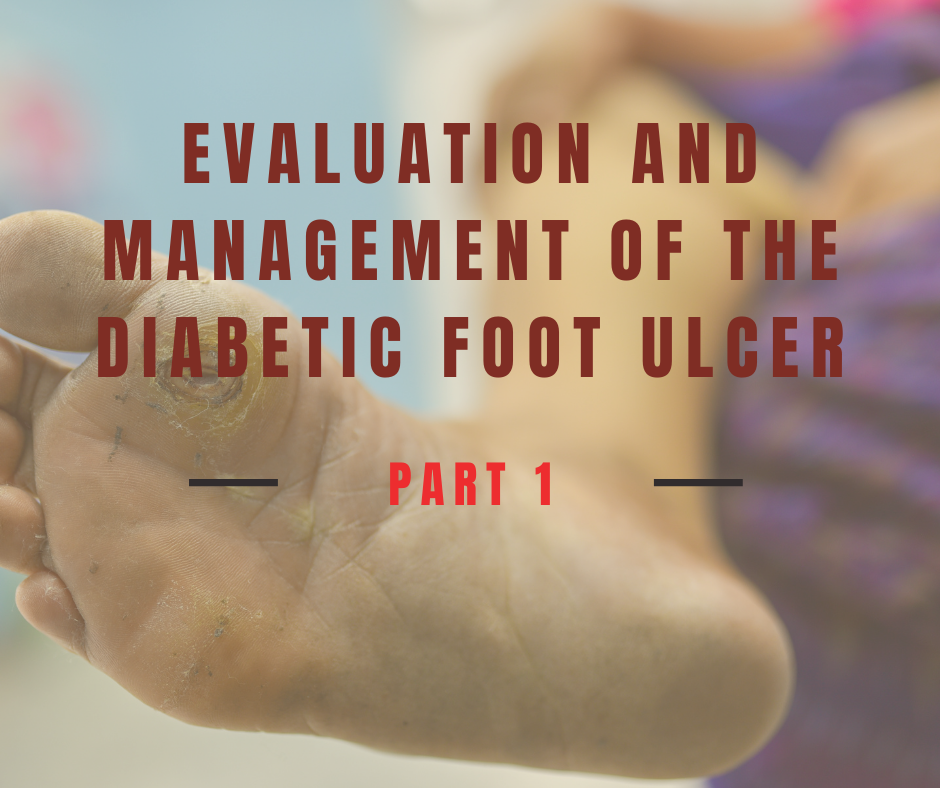 Patients with diabetes mellitus develop multiple types of end organ damage including retinopathy leading to blindness, nephropathy leading to renal failure, and vascular disease leading to stroke and heart attack. In addition, peripheral neuropathy, with or without concomitant peripheral arterial disease (PAD), leads to lower extremity ulcers and limb loss. It is believed at least 15% of diabetics will develop a lower extremity foot ulcer during their lifetimes. The annual component causes associated with ulcer formation are aproximately 20% primary peripheral arterial disease, 50% primary peripheral neuropathy, and 30% combination of both. Risk factors identified for development of a foot ulcer include a longer duration of diabetes mellitus, poorer blood glucose control (higher HbA1c), peripheral neuropathy, history of previous foot ulcer, and history of previous amputation.

Diabetics who develop a foot ulcer are at higher risk of nonhealing, major amputation (above the ankle), and death. Approximately 60% if nontraumatic lower limb amputations in the United States occus in those with diabetes mellitus. There were approximately 73,000 nontraumatic lower limb amputations in adults with diabetes mellitus in 2010. There is an approximate 10% mortality rate associate with incident development of a foot ulcer, which increases to 20-47% following an incident major lower extremity amputation. There are significant numbers when comparing those rates to breast cancer and prostate cancer survival rates, which are better.

This has led to the development of multidisciplinary teams and established standard wound care practices. Even with appropriate wound care, including local debridement, off-loading, and local wound dressings, the published healing rates are only 30% at 20 weeks. Diabetics treated for a foot ulcer by a multidisciplinary team with a standard wound care regimen, in the absence of advanced treatment modalities, were still found to require amputation in 25% fo cases.

Part 2: Evaluation and Management of the Diabetic ...
Part 2: Preparing the Patient for Wound Care